Our History
A Baptist Mission was founded in a store at the corner of Prospect and Pacific Streets, now known as 159th Street and 109th Avenue, on February 27, 1916. The organizers were Rev. J. Wilson, Mrs. Helen Merrill, Mrs. Catherine Allen and Mrs. J.W. Wilson felt that a Baptist Church was much needed in the south side of Jamaica. Rev. Brodie preached the first sermon at 3 P.M. and Brother Samuel Ellis and Sister Susan Ellis offered prayer. Rev. James Ellison preached the evening sermon. On March 17, 1916 the Mission was organized as the Amity Baptist Church of Jamaica. On April 13, 1916 at a regular church meeting, Rev. Wilson was called as the first pastor of the Amity Baptist Church. A council was called to consider the recognition of the church and at a meeting held on May 16, 1916, a motion was made by Rev. James Ellison, seconded by Rev. Lee and carried to extend the right hand of fellowship to the Amity Baptist Church. Rev. Lucas of Ebenezer Baptist Church of Flushing presided as the Moderator. Membership at the time was eighteen. After its recognition, Rev. Frederick of Jamaica gave the charge to the church and Rev. H.T. Baton of Shiloh Baptist Church of Jamaica charged the Officers. On June 11, 1916, this newly recognized group joined the New England Convention raising their fee by donations from members. Rev. J. Wilson served as pastor until March 18, 1917. 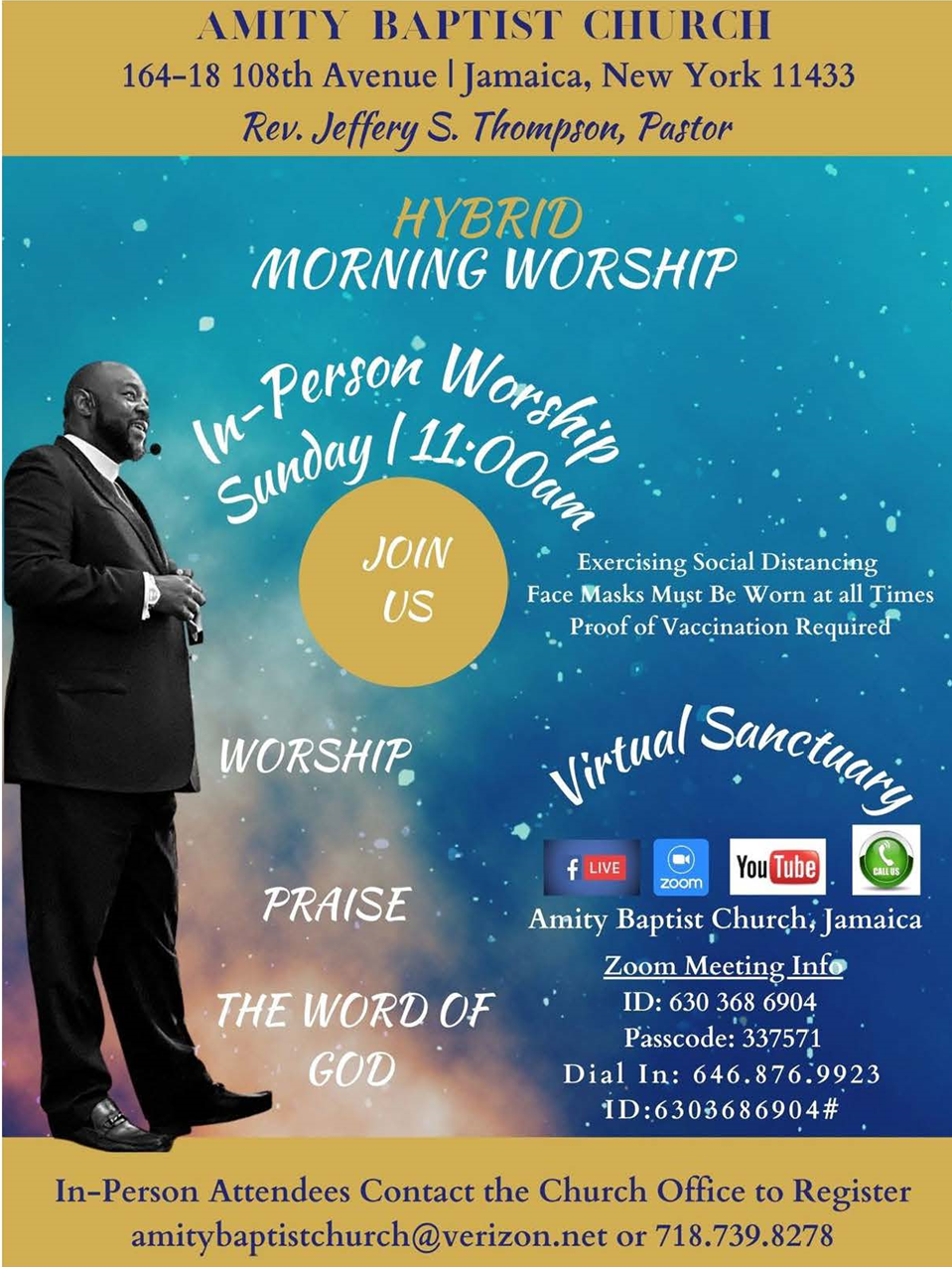